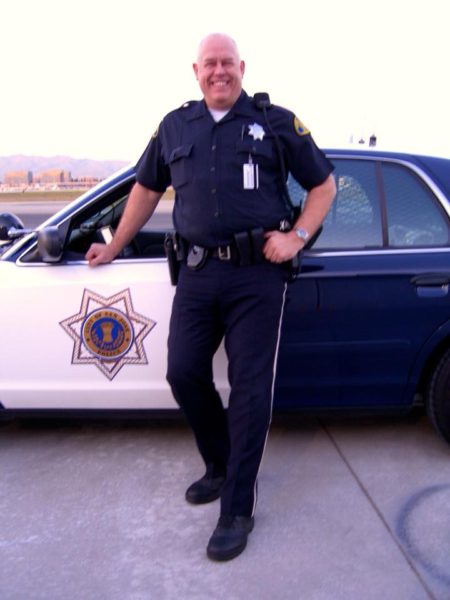 February 18 ,2020 (Santa Rosa, CA)   Out To Protect founder and CEO Greg Miraglia formally announced today that the upcoming LGBT Awareness For Law Enforcement Conference happening April 6 through 8, 2020 is being dedicated to the memory of San Jose Police Officer John Reinert.

Officer Reinert was among the original planners of this conference dating back to early 2018 when the idea of producing a training conference was first just an idea. John lost his battle with cancer on January 2, 2018.

Miraglia said, “John Reinert was passionate about educating law enforcement about the LGBTQ community.  After coming out at the age of 56, John became proud of being a gay man and worked hard to pave the way for others to be “out” at work.”

Officer Reinert was a regular participant on law enforcement LGBT training panels for new academy recruits.  He helped create a change of culture within the San Jose Police Department and became an inspiration for many.

Miraglia said, “John would have been the one greeting conference attendees as they arrived and would have captured the entire conference experience on video for everyone.  I continue to miss his big smile and giant warm heart, but I know when we gather in April, John’s spirit will be alive in the room with all of us.”

Registration for the LGBT Awareness For Law Enforcement Conference will remain open until the remaining seats are filled.  To learn more, go to www.comingoutfrombehindthebadge.com/conference